received death threats, thought of you 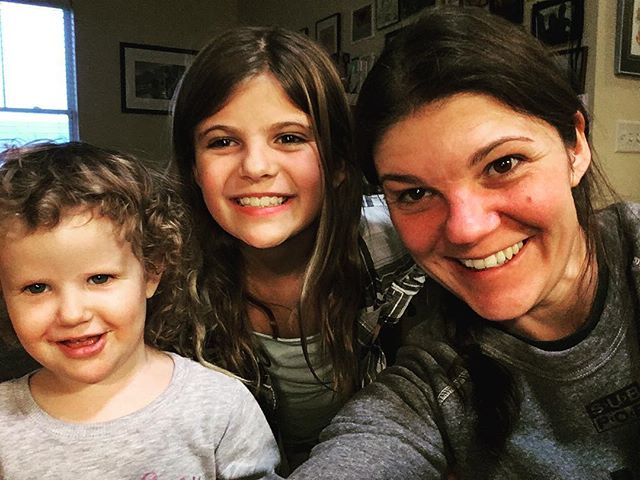 I woke up on December 5th to an email from my editor at The Washington Post with a link to my article that had just gone live. As a freelancer, this is normal. What followed was not.

By late afternoon, tweets of hate from Trump's supporters came in fast. I'd expected this. My article revolved around feeling hopeless, jarred, and scared after seeing the election results, and that I'd ended a very new relationship with someone because I needed to focus on my two little girls and the friendships I had. I needed to rebuild, batten down hatches, and regroup.

But the next evening, after two days of constant hate-filled tweets and comments on my public Facebook page, most calling me ugly, some telling me to kill myself, Bill O'Reilly decided to talk about it on his show. This was when I started to get scared.

I posted about it the next day in the secret Facebook group Pantsuit Nation:

"A few friends of mine have encouraged me to post here. I'm in need of some good vibes and general support.
I'm a single mom to two girls and work full-time as a writer. On Monday, a piece I wrote about feeling so hopeless after the election I'd decided to stop dating was published in The Washington Post and quickly went viral throughout Trump's supporters. Joe Walsh tweeted about it, then The Blaze. Then, last night, it was talked about on the O'Reilly Factor.
I expected to get a lot of negative tweets from the article. The amount of hatred being spewed at me through my website's contact form and all of my social media accounts is a volume I cannot keep up with. For my public Facebook page, I made a friend of mine an admin so she could moderate comments for me. If you look at the article, the comments there have been moderated. The worst ones that are considered a personal threat or attack to me have been removed. I've not only been told I am fat, ugly, etc., but people are suggesting I commit suicide over and over.
Part of this is to be expected. It's my job. I deal with trolls all the time. But after a few days of my phone blowing up I'm growing weary and despondent.
I have a small army of friends who are standing up to the trolls on my public Facebook page and through Twitter. Every time I see that one of them has commented or tweeted in my defense, I feel so loved and supported.
Tonight I did an interview for a local news station, and I fumbled over my words so much I could barely answer some of the questions. I was scared to speak. Everything I thought of saying, I could see quoted in tweets full of hatred towards me. As a writer, this is a scary place to be in. I'm currently writing my memoir on a deadline about my experiences working as a maid and living in poverty, and I am thinking about it from a place of fear instead of knowing it will start a movement.
So. I could use a boost. It's been a rough few days. Thank you."

Last I checked, that post has over 50,000 "likes" and almost 20,000 comments. The outpouring of support I received was overwhelming. I still get a dozen messages daily.

The trolls were relentless for two weeks. I lost count of how many times Trump supporters wrote about it. It made Breitbart. They had a thread about me on 4Chan, featuring photos of my children. For a very long couple of days, I feared Trump might choose to tweet about me.

That was about a month ago now, and looking back, you were my pilar of strength. I can't imagine what hatred you must have gone through, and continue to experience. I often thought about your grace at debates, and that, even in candid shots where people bumped into you walking your dog, you smiled. Sincerely.

My life is on a trajectory of propelling myself further into the realm of being a public figure who often speaks on issues surrounding people in poverty, and who are dying from a debilitating disease called chronic fatigue syndrome. I've embraced activism, and continuously look for ways (besides writing) to stand up for those who can't.

Though I am not one for resolutions, I make goals. For 2016, my goal was to afford my own groceries, and get off food stamps. Life brought in so much more than that. I got a book deal for my memoir MAID, and traveled half a dozen times to advocate. (Like, people bought me plane tickets and paid for my hotel and everything!)

For 2017, my goal is to stand in front of lawmakers to give my testimony, to share my story of how government assistance helped my family survive, then thrive. I was honored to have the chance to do this recently at the Center for American Progress, and I hope to do it many more times. I feel like I know what I'm up against now. I've seen and felt the hate personally. They don't scare me. They can't stop me.

Thank you for being a role model for that.

All my best,
Stephanie Land