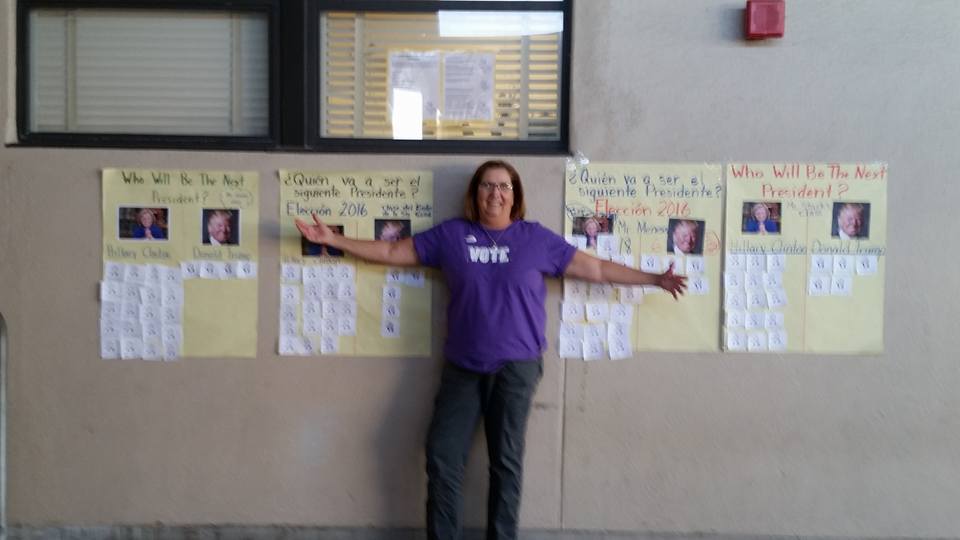 I'm a kindergarten teacher and a very low-income area in Southern California with many of my families being undocumented. I don't care one bit about their status. I'm there to teach their precious children to read and do math.

During a math lesson one day about a week before the election a student named Daisy raised her hand and said Donald Trump is going to build a wall to keep the Mexicans out. and then Alex raised his hand and said yeah Donald Trump going to send us all back to Mexico but don't worry Ms. Glenn, you are not Mexican.
Now don't ask me where that came from we were learning numbers to 20 that day. Needless to say, I was stunned but as this was before the election I told both of them there's nothing to worry about you're not going anywhere.

Then comes November 9th. I'm lucky I even made it to school that day. It was so unbelievably Indescribable what had happened the night before. I couldn't process it. I open the door that morning and saw the parents lined up to drop off their children with the saddest looks on their faces. It broke my heart.

All I could say was it's okay to think differently than others and that we are all going to be ok. We have to remember to be nice to each other.
These are five-year-olds who have no business worrying about a political election and yet they do. Donald Trump needs to come to my classroom and apologize to my students for worrying them. But there is no way that person would set foot in my classroom. He is not welcome there.

This is a picture of me on Election Day with election results from our kindergarten class election. As you can see Hillary Clinton won in every classroom. The students were so excited to vote that day after teaching about how people vote in the United States.