HIllary you gave me hope through tragedy 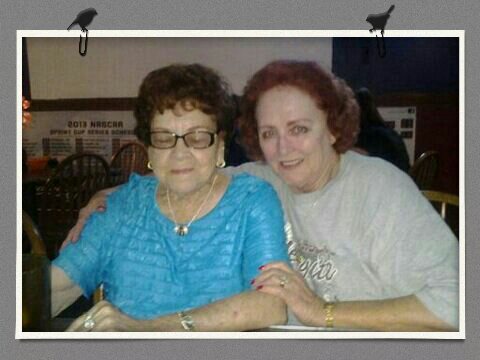 Since I volunteered for Bill's campaign in 1991, you have been my idol, inspiration and strength. When his eight years was up, I cried because I wanted you to stay in the White House as President and Bill as First Laddie. Then you ran for Senator of New York and I prayed and rooted for you and so did my daughters and my mother. When you won, we had a party and celebrated, even though we all lived in different States. Even though you weren't our state's Senator we knew that didn't matter, because you always worked for all the people in America, no matter what State they lived in.

When you announced you were running for President in 2008, I was so happy and excited. I worked tirelessly seven days a week from 6 AM until 2 AM, posting articles and phone banking. I hosted two Blog Talk Radio Shows of my own every day (one in the afternoon and one in prime time), co- hosted another one every night after my show was over, and did call-in guest appearances on other shows. When you lost the nomination, I was sure my heart would never mend and that I would never stop crying. Then you became Secretary of State and once again I felt safe.

Then I began to hope that you would run for President in 2016. My youngest daughter and I were planning in the summer of 2014 how we could and would help if you announced you were going to run. Tragedy struck that year. We celebrated Penny's birthday on July 17th and on August 17th she went to the emergency room with stomach pain. They sent her home and said she just needed to rest; two hours later she was dead without ever waking up. I grieved.

Then you announced your candidacy and I threw myself into doing all I could to help you. I became the Vice Chair of our Country Party and a Delegate. Senator Kay Floyd (Oklahoma) named me to your Leadership Council, then tragedy struck again. My Step-Dad died one year, 3 months and 6 days later, just before Thanksgiving on November 23, 2015. My daughter had no insurance, so I was the responsible party for her medical and funeral. My stepdad only had Medicare and my mother had a stroke in October of 2011, so I was responsible for both of them also. So I was now paying what I could on their medical bills and funerals. I wasn't worried because you were going to be our next president.

I brought Mother home with me to care for her and continued to work to get you elected. Mother and I celebrated when she cast her vote and I cast my delegate vote for you. We had a party when you won the nomination. We proudly cast our vote for you on November 8, 2016, then watched in horror as the country went crazy and the electoral college went to a complete Idiot. I cried and Mother didn't understand, as she was 97 1/2 years old and in the hospital. She had been there since October 30th. I cried everyday and still do, but as of the 15th of January 2017 it has been for America and the American peoples loss and for the loss of my mother.

We got to celebrate Christmas and ring in the new year, but then she passed away on January 15, 2017, one year, one month and 23 days after my stepdad. So now I am paying what I can on three sets of medical bills and three funerals and all my family is gone. I am on the verge of losing everything, but I have you, MY PRESIDENT and that no one can take from me!! I hope to be working to get you elected in 2020, as there is no one more experienced, more qualified, or more deserving to govern our country and serve the American people than you. We can win in 2020 and I pray you will announce your candidacy, as you are the ONLY person I will ever call President and my tears will turn to tears of joy and finally stop!!

With Love and Devotion Always,