My Granddaughter Wants to Be President 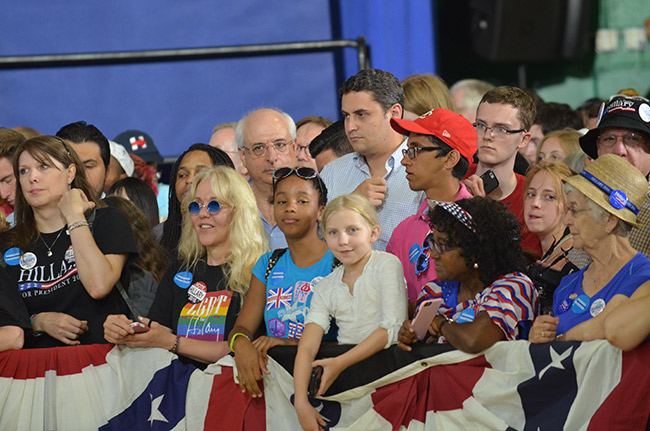 On March 17, 2017, my husband and I saw our two granddaughters for the first time since November 30, 2016. Our older one, now four and a half, was naming states while she put them in a U.S. map puzzle. She said, "When I grow up I want to be President."

As I write this on March 22, Natalie is taking a day off from preschool. She is sitting to my left at my husband's and my dining table pretending to be president. My husband has sent her a letter:

Dear President Natalie,
Thank you for helping out our country.
Grandpa Bill

Through the grace of God, you came my way on the front side of the buntings at the Annandale Campus of Northern Virginia Community College on July 14, 2016. It happened to be Natalie's fourth birthday. You and Senator Tim Kaine appeared together shortly before you announced him as your Vice Presidential candidate.

As you and I shook hands I told you, "I'm very eager for you to be our first woman president." You said, "Well, thank you very much for that."

The cover photo on my Twitter page (@BarbaraMcDWhitt) is of my Bill and me with Natalie and her parents when she was a baby during a cancer awareness walk in DC.

When Natalie was four she went with her mom to vote for you on Election Day 2016. Our daughter and son-in-law told her the next morning that you would not get to be President. She said, "But we voted for her."

I hope you are getting to spend all kinds of times with Charlotte and Aidan.

Sincerely,
Barbara McDowell Whitt
Photo courtesy of Democracy in Action (I'm the lady in blue with the Hillary hat.)